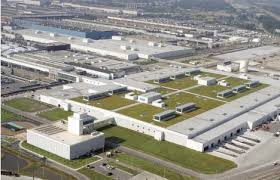 According to recent reports by people high up in Ford’s management Ford might be seeing a large reduction  in worldwide workforce due to Ford’s CEO Mark Field’s renewed efforts to raise profits and try and bring up the company’s stock price that has recently been dropping. According to the reports Ford might try and slash its work force in North America and Asia by 10% by offering generous early retirement incentives to bring employment numbers down by Oct 1st. However these incentives wont be joined by cuts to Ford’s hourly workers or production. In Germany, according to IG Metall union official Witich Rossmann,the company has followed a similar path by making “voluntary buyout offers” to some of their staff members over the past few months in hopes of reducing their workforce without forcing cuts. (Automotive News)

These renewed efforts by Ford’s management are in line with their current target of $3 billion in cost reductions this year to try and beef up their earnings in 2018 as U.S. light-vehicle demand  has started to slow down despite seven straight years of gains. When asked about the cuts Ford mentioned that “reducing costs and becoming as lean and efficient as possible also remain part of that work. We have not announced any new people efficiency actions, nor do we comment on speculation”. (Automotive News)

Some groups are afraid that Ford could face potential fallout from President Trump who has made increasing U.S. employment, with a special focus on the auto industry, a top priority. The company plans to emphasize that these reductions are voluntary in nature and are not cuts. Either way we will have to wait to see if the incentives offered to the workers lead to the reduction Ford’s management hopes to see.