Sunday:  We started off the trip driving up through West Virginia and Ohio before finally arriving in Michigan to the hotel.  The drive up was uneventful, but at least I got to drive through some states that I had not been to before.  After arriving, we had dinner at Al Ameer, a Lebanese restaurant in Dearborn, which was not very different from a lot of other middle eastern and Mediterranean food.  After, we stopped by a pastry store to get some gifts for speakers and then went home.

Monday:  This day began with a tour of the Ford Rouge plant, which manufactures the very popular F-150 trucks.  Here, we were able to view videos about the history of the plant and the process of creating a new design for a new model year.  After, we were able to tour the actual production facility, where we saw a combination of automated processes as well as human workers assembling the various pieces on the assembly line. We then got a higher view of the factory and saw the green roof, where the company is attempting to grow a garden on the roof to improve sustainability.  After, we went out to the Henry Ford museum, where we were able to see a history of transportation methods over time.  There was everything from cars to trains, and even a couple airplanes in separate exhibits.  We got lunch in a small 50’s style restaurant in the middle of the museum before walking around for a little longer.  Below are pictures of the Rouge parking area and the car that JFK was in when he was shot in Dallas.  After the museum, we drove around Detroit and entered the Heidelberg Project, where an artist turned a block of burned out and abandoned homes into an art display.  He was very passionate about his city and wanted to impress onto use the importance of setting goals and making the most of our time.

Tuesday:  Tuesday began with a tour of Federal Mogul, a large parts supplier for the auto industry.  They specialize in pistons for engines, and are also currently working on developing a new spark plug for cars that will increase efficiency from the initial process of starting the vehicle.  We toured the whole research facility as well, and were able to see the incredibly intricate and high tech processes that go into developing a new part.  Most interesting to me was the fact that we can now use just computers to model and create a new part to reduce production time, and get it right on the first try.  After, we went to the University of Michigan to the Mcity installation, where they are doing research into improving the functionality of autonomous vehicles.  After speaking, we were allowed to take a drive in one of the vehicles.  Unfortunately, the car was not working properly at the time and had to be driven with an xbox controller.  Personally, this did not bode very well for me for the future of autonomous vehicles.  After this, we met a colleague of Professor Smitka at UMTRI who gave us a lecture on the future of the automobile industry, specifically about how many manufactures are attempting to keep up with and stay ahead of future standards for fuel efficiency and emissions regulation.

Wednesday:  We started the day with a trip to the Federal Reserve in Detroit.  This was actually very interesting, as the first speaker talked to use about the problems that had historically plagued Detroit, and went down a list of the reasons that led to the collapse of the city’s economy.  He then discussed the steps the city was taking moving forward to improve, and left me hopeful for the potential recovery.  Our next speaker was similar, but then went on to talk about more broad shifts in the world economy, especially in relation to the market for automobiles and how that has shifted over time.  We next went to the Piquette Museum; it was here that Fords were made for years before the factory moved out and changed hands several times.  The displays here showed the development of the original Ford cars, and included some from other manufacturers who were competing for the same market based on the type of car.  At the end of the tour, we were allowed to sit in one of the Model T’s and get a feel for what it was like to drive one of the originals with all of the pedals and hand cranks necessary.  Later, we met up with some reporters from Automotive News and Wards who were able to answer questions and give their personal opinions on certain companies and trends in the market.

Thursday:  Thursday began with a meeting at the Center for Automotive Research.  Here we were talked to about more aspects of the car market, and how the facility there works on analyzing trends to help companies make smarter moves than their competitors.  He also talked about the attempts that China has been making towards being a bigger player in the international market, and how this may eventually have an effect on our domestic market as well.  Next, we went over to Continental Structural Plastics for a tour of their facility.  Here, they work on making powerful composite materials that can replace heavy metal on cars.  This will make them lighter and more fuel efficient while retaining the same level of safety.  They showed us the initial steps of the process of creating the composite materials, as well as some of the research materials required to make better compounds.  Their main project seems to be making the hardtops for Jeeps and the front grilles for many large freight trucks.  Next, we went over to Giffin, who are a manufacturer of large industrial pieces for production factories.  We were able to tour around their massive manufacturing area, and were given a demonstration of how one of their largest machines actually works.  Next, we went over to the Triple Nickel for a dinner with some Detroit area alumni, and were able to have several discussions about the school and future career options for many of us.

Friday:  On Friday, we woke up early and drove down to Ohio for the CSP Carey factory tour.  We received a similar presentation about the structure of the company, and after we got a tour of the actual process of making a final product.  This was a classic factory setup with a combination of humans and robots working together.  The robots were focused on creating the more precise parts of the operation, such as adhesion and painting while people were responsible for the direct assembly parts.  I was also able to notice that the factory uses a Giffin system for running their assembly line, and likely also their paint ovens.  We then finished up the long drive, and arrived back in Lexington before too late. 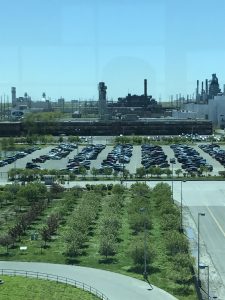 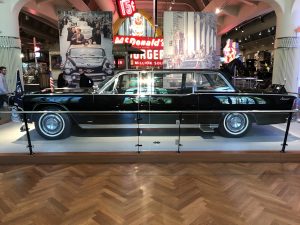 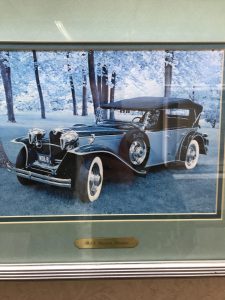 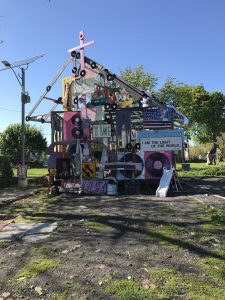