With a rapidly increasing population of 1.2 billion people, India is closing in on the Chinese in terms of population and is becoming one of the largest car markets in the world. Their rapidly increasing population has automakers envisioning that in the near future India will be the cause of another massive surge in car sales, despite India having a car market that is less than one fourth the size of the Chinese market. Auto makers believe the rapid growth potential could be worth looking into investing heavily into the area to hedge their bets and get in on the market early. 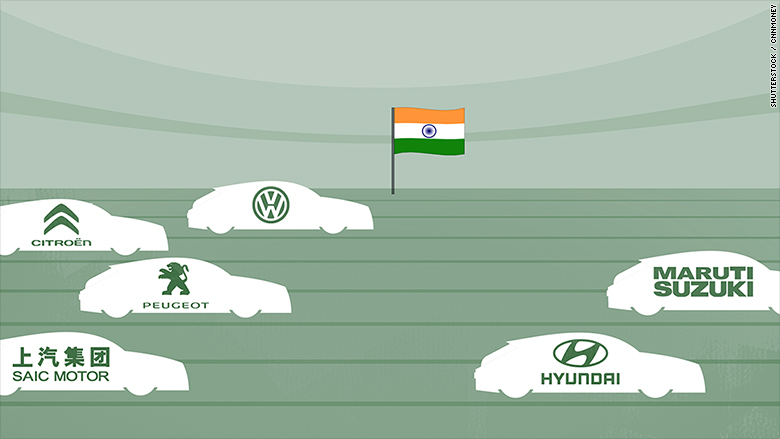 Currently the Indian Market for light vehicles is dominated by Maruti Suzuki. Looking at the light vehicle sales of Q1 of 2015, Maruti has over three times the number of vehicles as the second producer(317,000 vehicles). The other top producers are Hyundai (111,000),Tata (87,600), Honda (58,000), and Toyota (37,800). An assumed reason for a such a prominent role of Japanese manufacturers in India is due to the Indian market having less of a backlash than the Chinese market and Japanese manufacturers are wanting to ensure they can get a position of power in the Indian market.

The South Korean carmaker Hyundai Kia Motor Group is also trying to gain more ground in the Indian market and plans on investing $1.1 billion to build their first Indian factory in a deal that they plan on signing today. The plant will produce a “compact sedan and a sport utility vehicle tailored for the Indian market”(Indian Express) and will have a maximum production capacity of 300,000 vehicles a year. Its believed that Kia is trying to recover from a sales slump in their biggest market, China, during march which has been “attributed to a political standoff and rising competition from local brands” (Indian Express).